Similarly, radio frequency interference (RFI), which is radiated electromagnetic “noise,” travels through the air as radio waves, where it causes the same problems as EMI.
Applications
EMI shielding, also known as radiation shielding, was developed to protect vulnerable equipment and devices from the influence of EMI and RFI. It creates an electromagnetic shield layer or barrier around the components, so that they will not absorb outside magnetic interferences or emit their own to the detriment of others.
Any industry that uses modern communication devices have EMI shielding applications. Some of the most prominent examples include: consumer electronics, communications, aerospace, automotive, medicine and healthcare and military and defense.
Whether or not we are cognizant to it, EMI and RFI shielding products are a part of our everyday life. For instance, cable wires use simple metallic shells as shields. CPUs and circuit boards all use EMI coatings or EMI enclosures to limit interaction between the electromagnetic fields (EMF) that they individually generate. (For this reason, EMI/RF shields may also be known as EMF shields.) CPUs include but are not limited to desktop computers, laptop computers, tablets and more. In addition, all mobile phones give off RFI that must be blocked.
Products Produced
EMI shielding service products include: EMI enclosures, EMI coatings, EMI filters, EMI gaskets, RF filters and conductive filters. 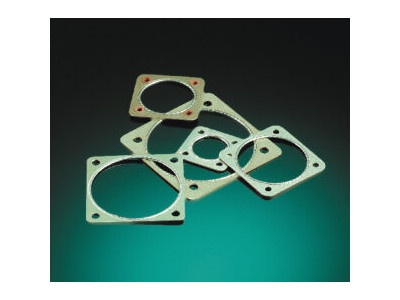